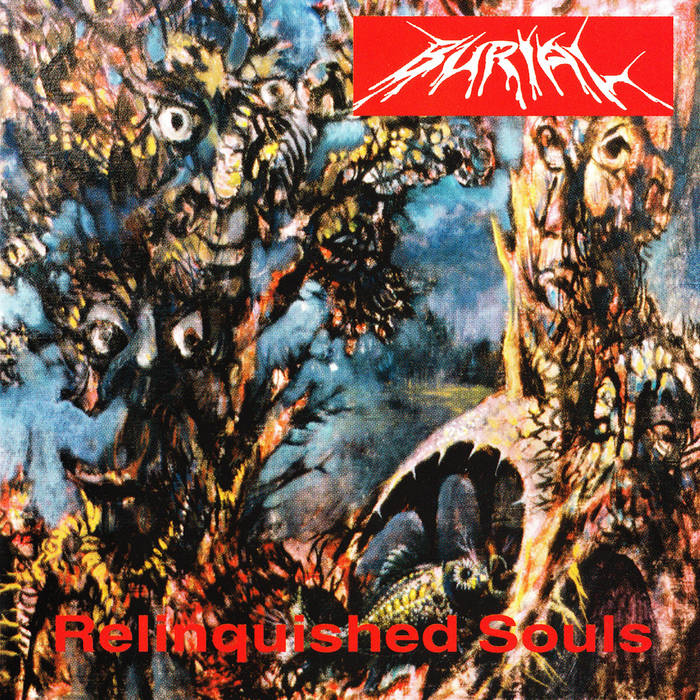 A true hidden gem in Death Metal's storied past that was once lost, BURIAL's "Relinquished Souls", is a testament to early European Death Metal. Proudly, alongside our partners Raw Skull Recordz in Europe, we are finally giving this album it's proper due.

Not to be confused with the other Burial's (1 British band, 2 American - the Florida version I was actually quite fond of), I always felt that the BURIAL from the Netherlands was the best of the bunch and yet, the most overlooked. This album has been re-issued twice in the past, once on LP (Vic Records) and once on CD (Memento Mori), but never to the extent of the version we are bringing forth now.

Fans of Massacre's "From Beyond", Obituary's "Slowly We Rot", and Death "Leprosy" will revel in this albums wonder! It is a classic that deserves love and respect - Hail BURIAL!

**all drums on the album were performed by Renzo Van Poecke

All Demo, Live, Studio & Extra photo materials supplied by the members of Burial

Guest hosted by Tamar Osbourn aka Collocutor and Toshio Matsuura.