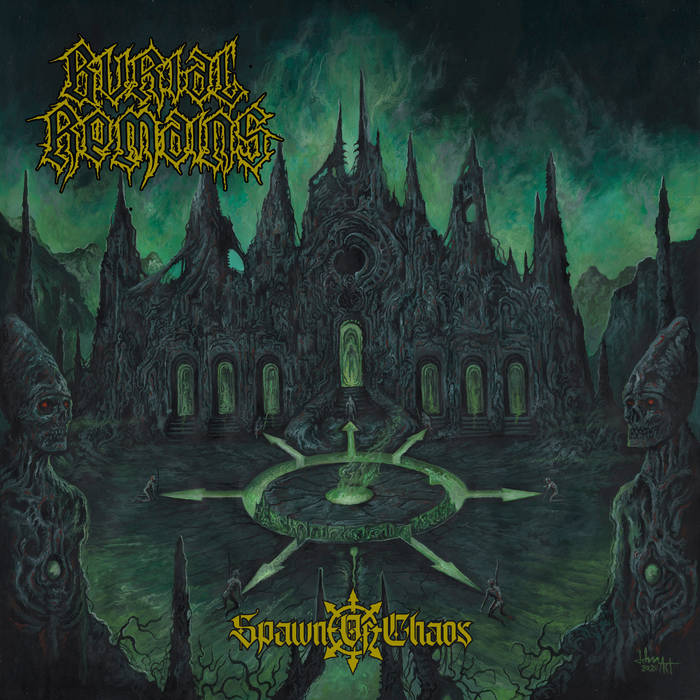 After they released their debut album "Trinity of Deception" which was overloaded with only positive feedback, the lads of Burial Remains had to set their goals real high, to at least reach their own targets again. Or better, create something even more evil and go way further into chaos!

With "Spawn of Chaos" we say, they outdid themselves, they gathered more darkness, more aggression and more insanity.
But most of all, they created one Hell of an album that will be unleashed upon you all to get your eardrums punctured to a bloody pulp!

"Spawn of Chaos" was mixed and mastered by Jonny Pettersson and the amazing artwork was painted by John Quevedo Janssen.

Street date is set on September the 5th!

All songs written by Burial Remains
except for the bonustrack "Tortured Souls" by Slaughter.